Remember the billboard battle from Audi versus BMW? Well apparently it went on, and on. After BMW’s ‘Checkmate‘, Audi bought an even bigger billboard where it said ‘Your pawn is no match for our King‘ showing the Audi R8. Well now BMW took the battle to an even higher level (literally) and bought a small Zeppelin, where the words ‘Game Over‘ were written.. 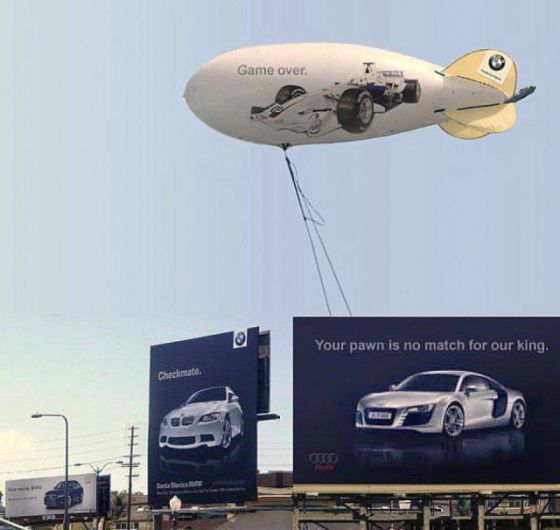 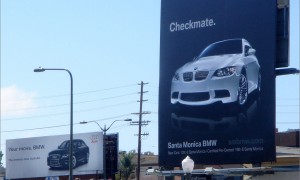 Audi advertised their new cars with a billboard that had the following text: “Your move, BMW. Implying that the cars that Audi makes are superior. BMW simply responded with a bigger billboard that said: Checkmate. 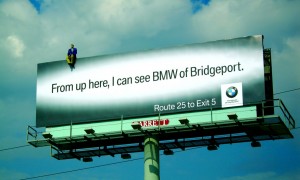 This billboard for the BMW dealership in Bridgeport appeared in 2006. They repeated this stunt in 2007 again when this BMW dealership was voted the best of the USA, this time the dummy is wearing a big foam hand. Apparently BMW ordered a bunch more of the