You probably all know Colin McRae: he was a successful Scottish rally driver that won a lot of prices. Unfortunately, he died in a helicopter accident in September 2007 which also claimed the lives of his son and two family friends. McRae was piloting the helicopter at the time of the crash.

“Colin McRae: DiRT” is the sixth racing game in the Colin McRae Rally series, developed by Codemasters. This post shows an original billboard placed in New Zealand for the release of the game.. 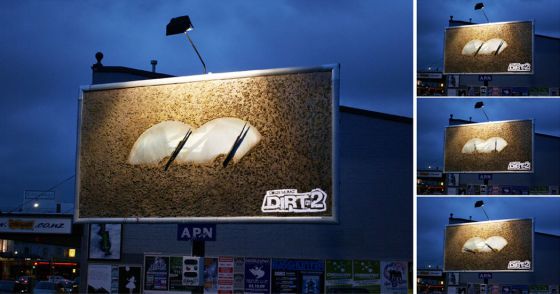 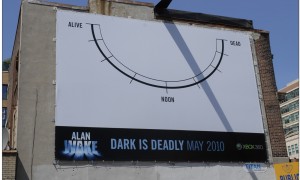 Today we’ve found another billboard that has been turned into a sundial. The purpose of this billboard is to scare gamers for the launch of ‘Alan wake’ the highly anticipated psychological action thriller game on Xbox. The message is sim