Exactly one year ago Barack Obama was sworn in as the 44th President of the United States of America, the first African-American ever to hold the office of U.S. Commander-in-Chief.

The 43th President as we all know was George W. Bush. As many of us did not like his strategy, Tesa, a well-known manufacturer of adhesive tape did think the same. They made this print ad to impose silence upon George. Tageline: “The world needs tape like this.” 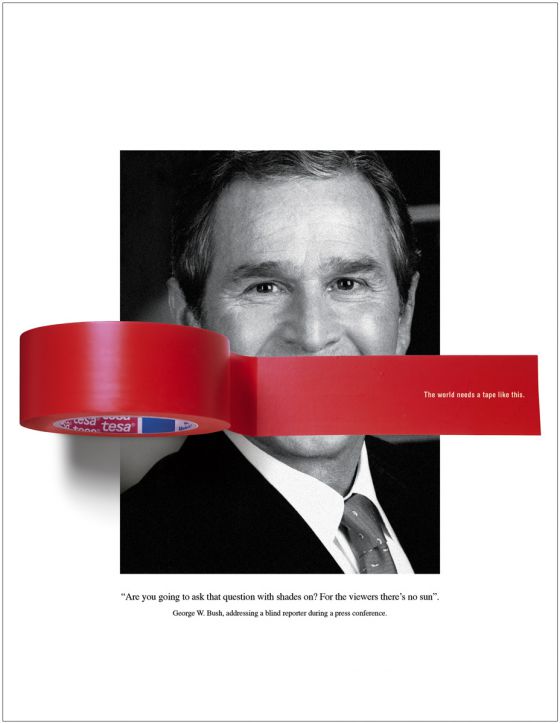 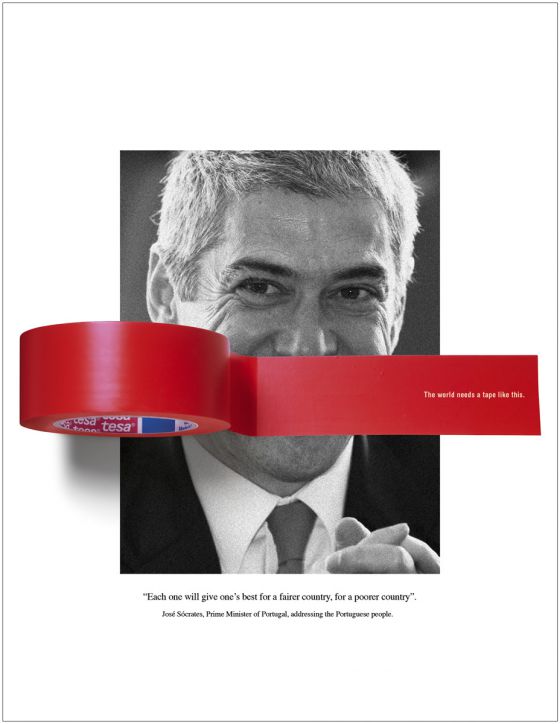 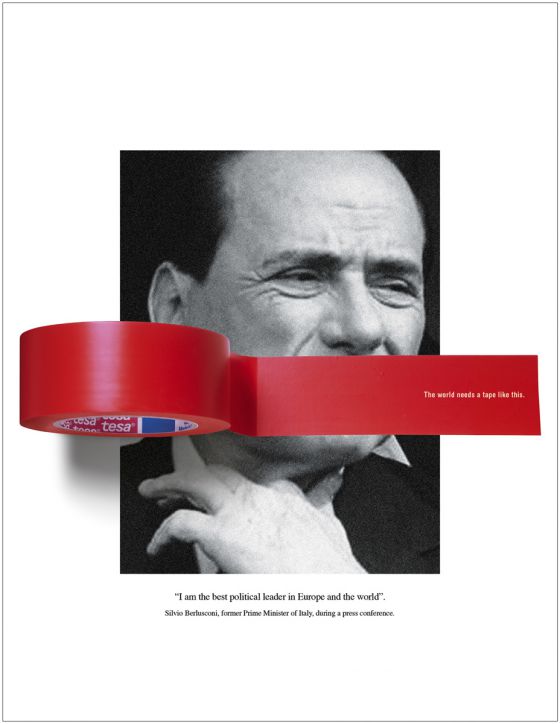 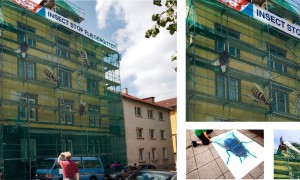 To promote the Tesa Fly Screen, safety nets of a construction site, were transformed into giant fly screens, by simply adding several wasps, flys and mosquites, measuring over two meters each. 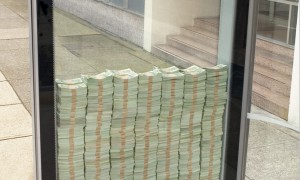 3M was so sure their Security Glass was unbreakable, they placed 3 million dollars of cash between panes of transit glass treated with a shatter-resistant coating. Only $500 of real currency stacked on top of fake money.