During Perú's latest qualifying match for the World Cup against Ecuador, an event ocurred that kept all viewers at edge. Prior to the event, the camera panned to several fans and to the surprise of the spectators, they were beaten and lifted a sign with soccer phrases associated to gender violence with the hashtag #RedForViolence.

Denouncing the reality suffered by thousands of women in our country victims of physical and psycological violence. An excellent social action by CMD and Wunderman Phantasia which spoke to millons of viewers at just the right time and with a language they understand perfectly, "the language of soccer".

The #RedForViolence campaign used soccer as a tool to invite everyone to expel gender violence out of our country to become a more just society. 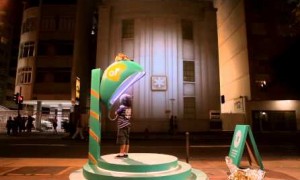 Oi, a telecom provider from Brazil, is hoping to make everyone believe in the magic of Christmas one more time. That’s why it created the Magical Payphone, a device that connected kids with Santa Claus. Installed in Rio de Janeiro, the special payphone wa 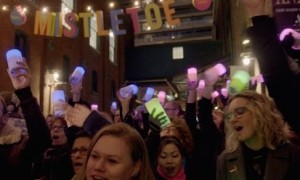 As the holidays are one of the craziest times of the year, Koodo wanted to spread a little happy. In what’s being called a “Random Act of Happy,” that builds upon Koodo’s “Choose Happy” brand platform, the brand got 98 members of Choir!Choir!Choir! to per