Aden is a Royal Bengal Tiger, born in Bangladesh. He was raised by his parents in the Wonderbaums, the largest mangrove forest in the world. His father was responsible for bringing food on the table while his mother took care of her cub. When Aden was about 5 years old, his mother died of a rare disease. Since then, Aden and his father left the mangrove forest due to the bad memory.

The following years Aden’s father thought him everything he should know to survive for the day his father would pass away. A couple years later, when wandering around in Myanmar, hunters trapped Aden and his father. Due to the brute power of his father they got away. This story travelled fast and was noticed by some founders of the largest fighting tournament in Asia. Aden’s father was promised a lot of money if he won the tournament, which would make their life better. The competition was strong but he managed to get to the final round, where he beat his opponent.
Unfortunately the promised money was never given and on top of that the founders tried to burn the room down where they were staying. Luckily Aden and his father found a way out but from that moment young Aden was obsessed with fire. He became a professional fire-fighter but this was not exactly what he wanted. He rather wanted to burn things than extinguish them.

Aden’s collection of flame-throwers expanded over the year, becoming an expert in this field of weaponry. During one of the missions of Kauã, Bossies and Chisulo in China, they needed a fourth to complete the assignment. Since there was no time to fly in another team member, they had to rely on a local force. Aden was picked and due to his strength and capabilities he joined Creative Criminals permanently. 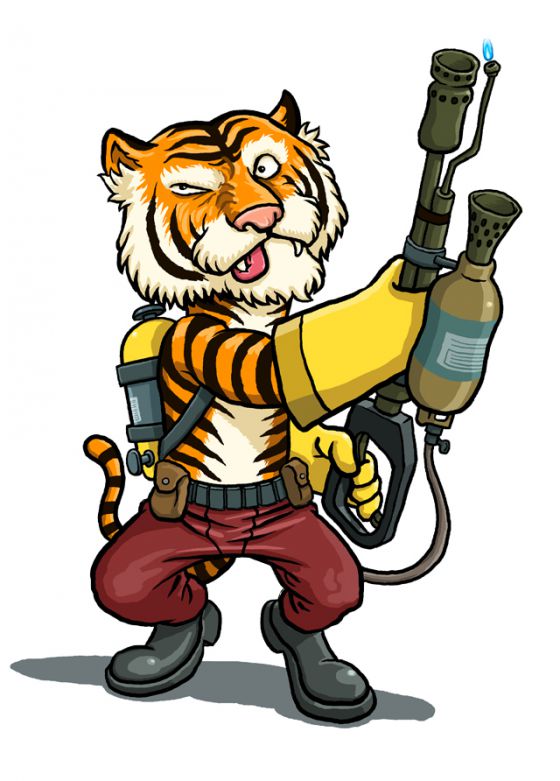