Kauã originates from Tamarin (a tribe from Golden Lion Monkeys) in the Atlantic Rainforest near South-East Brazil. He was born blind and pretty soon his mother abandoned him because of his handicap. Determined to survive he learned to look with his ears and kept on living.

In the 70’s hunters were hired to provide the rich people in Asia with monkey meat. Kauã got captured and was taken to China. Before they tried to slaughter him, he was able to escape. Lost in China, a monk of the Shaolin temple noticed the remarkable monkey and took him under his wings.

Kauã learned from his master, special Martial Arts techniques and became a true fighter. He’s deadly with his bare hands and with his favorite weapons, the shuriken and numb-chucks he’s able to fight several men at the same time. On the deathbed of his master, he promised to follow the path of the good and fight for the weak.

During a mission of Rönguðr in China, he got into trouble with local villains because of his smuggling. Kaua helped Rönguðr by defending him and offered him shelter. The two got to know it each other and Rönguðr offered him a place in his mercenaries team. 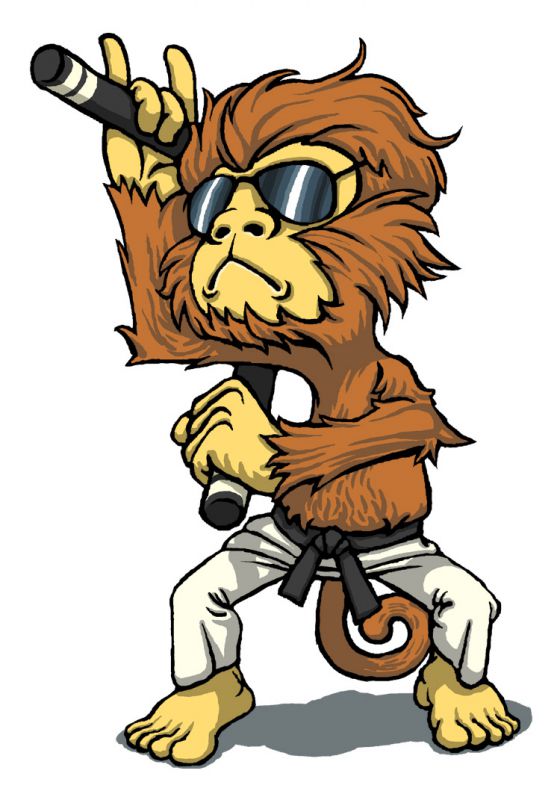