Everybody always thought that the rain capital of Europe was situated in the UK. But they’re wrong. 7 of the 10 most rainy cities are situated in the UK, but n° 1 on that list is Halle a city in Germany, positioned 175km South-West from Berlin. It rains 266 days a year and it drives the inhabitants nuts.. The residents are sick and tired of the constant rain fall and would also want to enjoy the sun to get a tan, playing watergames, drive convertible or just relax.

Impossible you would think, but think again!
Sixt, the car rental company found a solution which can make the inhabitants’ life more pleasant. They enlisted the help of a former fighter pilot Sandro Wolf who uses a special technique to “blow the clouds away”. In the documentary “Sun in Halle” you can see how Sandro saves the inhabitants of constant flooding and despair. From now on, they’re finally able to go out and have some fun, and go roadtripping with a convertible.
A convertible from Sixt, of course…

During the Valentines’ weekend a series of images containing empty seats were uploaded on the company’s wall, without warning. The first users to see the images and comment the seat numbers won a pair of return tickets to any of GOL’s destinations. 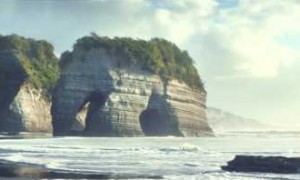