Vintage Tuesday: Smoking is good for you7

For this weeks Vintage Tuesday we have some commercials that promote smoking. Nowadays it is forbidden to promote a smoking-brand, but in the 30’s till the 90’s it was a whole different story..

Fredrick March, an American stage and film actor that won an Oscar for Best Actor in 1932 (Dr. Jekyll & Mr. Hyde) promotes L&M and says: “L&M Filters are just what the Doctor ordered!“. 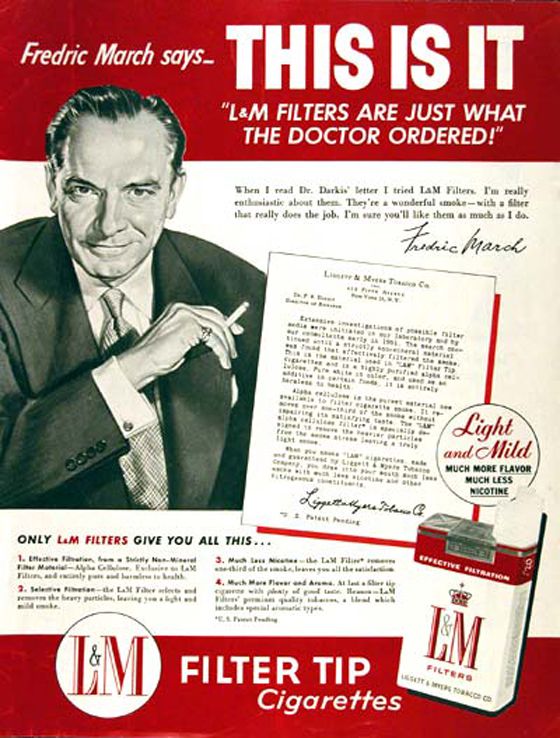 Alice Roosevelt, the oldest child of Theodore Roosevelt, the 26th President of the United States, promotes the brand Lucky Strike and claims “They’re a light smoke, kind to the throat“. 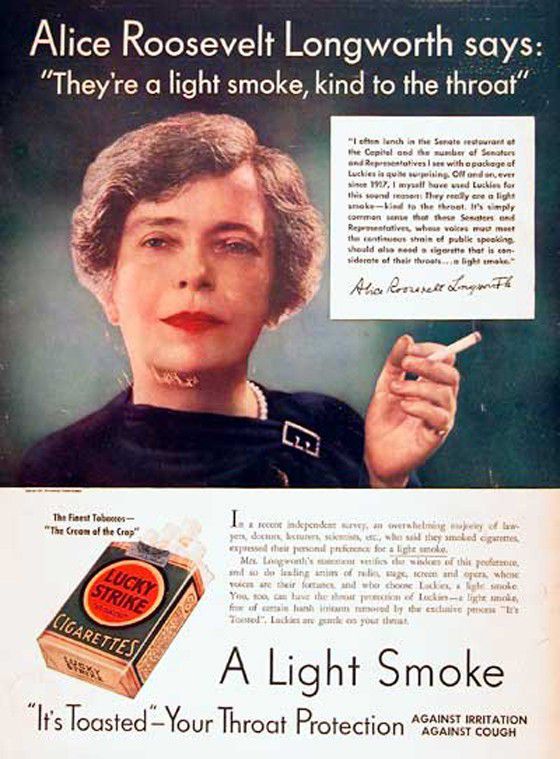 And the third one is from Phil Silvers, an American entertainer and comedy actor promotes Camel cigarettes with his motto “You bet I’d walk a mile for a Camel“. 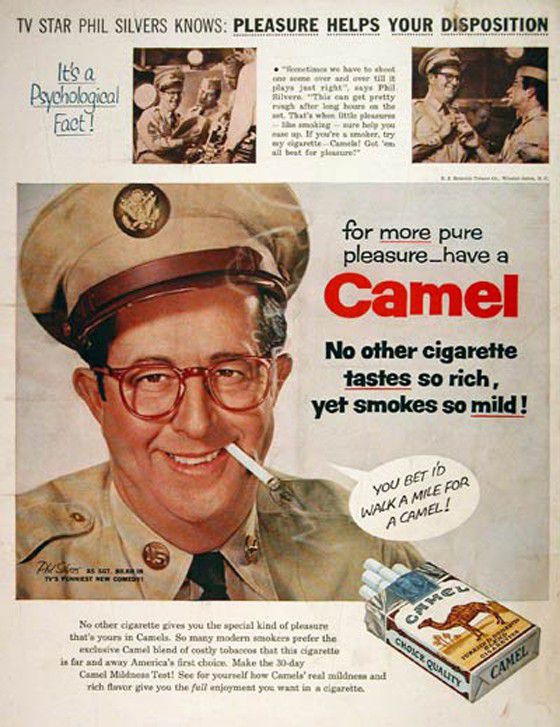 Spicy detail, they respectively died of cancer, emphysema (a result of many years of heavy smoking) and a heart attack..

In the first video you can see how the ‘Kool’ cigarettes tasted so fresh and so clean. It was almost like you had to smoke a cigarette to have a mint breath! Unbelievable..

Check out the rest of this post to see three other TV-ads. The first two ads are promoted by Doctors (!) and the last one is just funny..